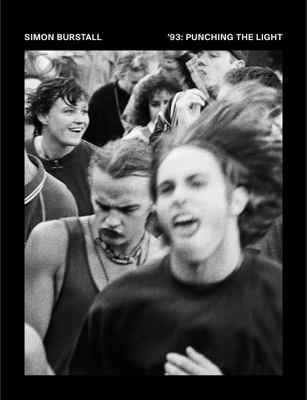 Australian-born, New York-based photographer Simon Burstall (born 1975) began taking photographs at age 15, shooting his friends while they were surfing and clowning around on the beaches of Sydney, Australia. His camera followed him into the warehouses and clubs of Sydney's burgeoning rave scene in the early '90s. The images in '93: Punching the Light come from this period: they were all shot in 1993 in Sydney, when Burstall was 17 years old, capturing the people, the style and the culture of the rave scene. Looking back at this material some 25 years later, Burstall gathers these pictures into an intimate and electric book. Drawing on the photographer's own journal entries from the period--with details of his life, his friends and his experiences--'93: Punching the Light captures the energy of the '90s rave scene and the wide-eyed wonderment of youth and adolescence.