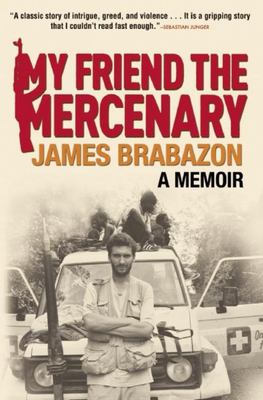 My Friend the Mercenary - A Memoir

"Intensely vivid story of war and the peculiar breed of warriors who fight in 21st-century Africa . . . and tribute to an extraordinary comrade-at-arms." --Kirkus Reviews

In February 2002, British journalist James Brabazon set out to travel with guerrilla forces into Liberia to show the world what was happening in that war-torn country. To protect him, he hired Nick du Toit, a former South African Defence Force soldier who had fought in conflicts across Africa for over three decades. What follows is an incredible behind-the-scenes account of the Liberian rebels--known as the LURD--as they attempt to seize control of the country from government troops led by President Charles Taylor.

In this gripping narrative, James Brabazon paints a brilliant portrait of the chaos that tore West Africa apart: nations run by warlords and kleptocrats, rebels fighting to displace them, ordinary people caught in the crossfire--and everywhere adventurers and mercenaries operating in war's dark shadows. It is a brutally honest book about what it takes to be a journalist, survivor, and friend in this morally corrosive crucible.

"A classic story of intrigue, greed, and violence in one of the most dysfunctional countries in the world. It is a gripping story that I couldn't read fast enough." --Sebastian Junger, New York Times-bestselling author