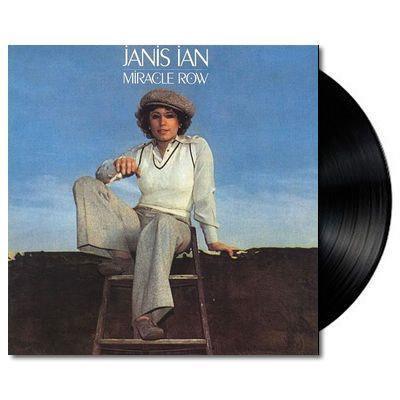 At the time living in the Spanish Harlem area of New York, Janis Ian originally released the Latin-influenced 'Miracle Row' in 1977.

As with her previous albums, 'Miracle Row's lyrics reflect and share her contemplative and insightful snapshots of time and place, none more so than on tracks like 'Candlelight' (covered by the late Barbara Cook), 'Party Lights', an acerbic look at the rise of cocaine use in America, and 'Will You Dance,' again a record-breaking #1 single in Japan.

'Maria' was, so far as we know, the first 'gay' love song to be released by a mainstream artist. This was also the first major album for engineer Leanne Ungar, who went on to record seminal albums with, among others, Leonard Cohen and Laurie Anderson.

The 2018 reissue has been overseen by Janis Ian and Steve Berkowitz, having been remastered from original tapes at Battery Studios, New York. It also includes all lyrics, liner notes, and credits from the original release.