The Glimme by Emily Rodda

Finn's life in the village of Wichant is hard. Only his drawings of the wild coastline, with its dragon-shaped clouds and headlands that look like giants, make him happy.Then the strange housekeeper from a mysterious clifftop mansion sees his talent and buys him for a handful of gold and then reveals to him seven extraordinary paintings. Finn thinks the paintings must be pure fantasy-such amazing scenes and creatures can't be real!He's wrong. Soon he is going to slip through the veil between worlds and plunge into the wonders and perils of The Glimme. ...Show more A Room Made of Leaves (MP3) by Kate Grenville

In her introduction Kate Grenville tells, tongue firmly in cheek, of discovering a long-hidden box containing that memoir. What follows is a playful dance of possibilities between the real and the invented.Grenville's Elizabeth Macarthur is a passionate woman managing her complicated life-marriage to a ruthless bully, the impulses of her own heart, the search for power in a society that gave her none-with spirit, cunning and sly wit.Her memoir reveals the dark underbelly of the polite world of Jane Austen. It explodes the stereotype of the women of the past - devoted and docile, accepting of their narrow choices. That was their public face-here's what one of them really thought.At the heart of this book is one of the most toxic issues of our times - the seductive appeal of false stories. Beneath the surface of Elizabeth Macarthur's life and the violent colonial world she navigated are secrets and lies with the dangerous power to shape reality. ...Show more Geoffrey Chaucer's greatest work paints a brilliant picture of medieval life, society, and values. The stories range from the romantic, courtly idealism of "The Knight's Tale" to the joyous bawdiness of "The Miller's Tale." All are told with a freshness and vigour in this modern verse translation that m ake them a delight to hear. ...Show more

Order this Item Add to Wishlist A Room Made of Leaves by Kate Grenville

In her introduction Kate Grenville tells, tongue firmly in cheek, of discovering a long-hidden box containing that memoir. What follows is a playful dance of possibilities between the real and the invented.Grenville's Elizabeth Macarthur is a passionate woman managing her complicated life-marriage to a ruthless bully, the impulses of her own heart, the search for power in a society that gave her none-with spirit, cunning and sly wit.Her memoir reveals the dark underbelly of the polite world of Jane Austen. It explodes the stereotype of the women of the past - devoted and docile, accepting of their narrow choices. That was their public face-here's what one of them really thought.At the heart of this book is one of the most toxic issues of our times - the seductive appeal of false stories. Beneath the surface of Elizabeth Macarthur's life and the violent colonial world she navigated are secrets and lies with the dangerous power to shape reality. ...Show more All the Light We Cannot See - A Novel by Anthony Doerr; Zach Appelman (Read by)

Winner of the 2015 Audie Award for Fiction Over two and a half years on the New York Times bestseller list and winner of the Pulitzer Prize, the stunningly beautiful and captivating story about a blind French girl and a German boy whose paths collide in occupied France during World War II--now available from Encore Marie-Laure lives in Paris near the Museum of Natural History, where her father works. When she is twelve, the Nazis occupy Paris and father and daughter flee to the walled citadel of Saint-Malo, where Marie-Laure's reclusive great uncle lives in a tall house by the sea. With them they carry what might be the museum's most valuable and dangerous jewel. In a mining town in Germany, Werner Pfennig, an orphan, grows up with his younger sister, enchanted by a crude radio they find that brings them news and stories from places they have never seen or imagined. Werner becomes an expert at building and fixing these crucial new instruments and is enlisted to use his talent to track down the resistance. Deftly interweaving the lives of Marie-Laure and Werner, Doerr illuminates the ways, against all odds, people try to be good to one another. Doerr's "stunning sense of physical detail and gorgeous metaphors" (San Francisco Chronicle) are dazzling. Ten years in the writing, a National Book Award finalist, All the Light We Cannot See is a magnificent, deeply moving novel from a writer "whose sentences never fail to thrill" (Los Angeles Times). ...Show more

Order this Item Add to Wishlist A true story of survival and triumph against incredible odds, now the major motion picture Lionstarring Dev Patel, Nicole Kidman and Rooney Mara. When Saroo Brierley used Google Earth to find his long-lost home town half a world away, he made global headlines. Saroo had become lost on a train in India at the age of five. Not knowing the name of his family or where he was from, he survived for weeks on the streets of Kolkata, before being taken into an orphanage and adopted by a couple in Australia. Despite being happy in his new family, Saroo always wondered about his origins. He spent hours staring at the map of India on his bedroom wall. When he was a young man the advent of Google Earth led him to pore over satellite images of the country for landmarks he recognised. And one day, after years of searching, he miraculously found what he was looking for. Then he set off on a journey to find his mother. Lion- A Long Way Homeis a moving and inspirational true story that celebrates the importance of never letting go of what drives the human spirit - hope. ...Show more Stolen from his mother and placed into institutional care when he was only a few months old, Uncle Jack was raised under the government's White Australia Policy. The loneliness and isolation he experienced during those years had a devastating impact on him that endured long after he reconnected with his Aboriginal roots and discovered his stolen identity. Even today he feels like an outsider; a loner; a fringe dweller.In this honest and no-holds-barred memoir, Uncle Jack reveals the 'ups and downs of this crazy, drugged up, locked up, fucked up, and at times unbelievable, life'. From his sideline as a cat burglar, battles with drug addiction and stints in prison, to gracing the nation's stages and screens as he dazzled audiences with his big personality and acting prowess, he takes us through the most formative moments of his life. ...Show more 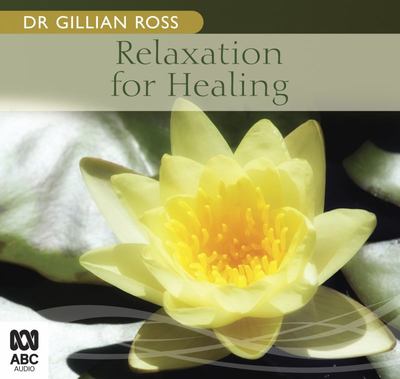 The Night Window by Dean Koontz; Elisabeth Rodgers (Read by)

She will destroy her enemies once and for all... The explosive conclusion to the Jane Hawk saga, from No. 1 New York Times bestseller Dean Koontz. 'It's over, and so is she.' Rogue FBI agent Jane Hawk is living in a world of danger. Her battle to expose a global conspiracy risks her own life and that of her five-year-old son, whom she has sent into hiding. Jane is meticulously gathering evidence to bring a terrifying organization to justice - one that threatens humanity with technologically imposed slavery. Now she has no choice but to expose the unimaginable truth, even if it changes her life - and the lives of everybody around the world - forever... ...Show more 'We've been disowned and disinherited: there's not changing it, I say. When something bad happens to them, we'll know soon enough and we'll deal with it together. I don't realise it at the time, but when I say that, I imply I care. I imply there may be something to be salvaged. I misspeak. But I'm flyin g out anyway. Blood calls to blood; what can I tell you.'This is a memoir about a dysfunctional family, about a mother and her daughters. But make no mistake. This is like no mother-daughter relationship you know.When Vicki Laveau-Harvie's elderly mother is hospitalised unexpectedly, Vicki and her sister travel to their parents' isolated ranch home in Alberta, Canada, to help their father. Estranged from their parents for many years, Vicki and her sister are horrified by what they discover on their arrival. For years, Vicki's mother has camouflaged her manic delusions and savage unpredictability, and over the decades she has managed to shut herself and her husband away from the outside world, systematically starving him and making him a virtual prisoner in his own home. Vicki and her sister have a lot to do, in very little time, to save their father. And at every step they have to contend with their mother, whose favourite phrase during their childhood was: 'I'll get you and you won't even know I'm doing it.'A ferocious, sharp, darkly funny and wholly compelling memoir of families, the pain they can inflict and the legacy they leave, The Erratics has the tightly coiled, compressed energy of an explosive device - it will take your breath away. ...Show more Haruki Murakami is an international phenomenon. When Books One and Two of his latest masterpiece, 1Q84, were published in Japan, a million copies were sold in one month, and the critical acclaim that ensued was reported all over the globe. Readers were transfixed by the mesmerising story of Aomame and T engo and the strange parallel universe they inhabit. Then, one year later, to the surprise and delight of his readers, Murakami published an unexpected Book Three, bringing the story to a close.In order to reflect the experience of 1Q84's first readers, Harvill Secker is publishing Books One and Two in one beautifully designed volume and Book Three in a separate edition. A long-awaited treat for his fans, 1Q84 is also a thrilling introduction to the unique world of Murakami's imagination. This hypnotically addictive novel is a work of startling originality and, as the title suggests, a mind-bending ode to George Orwell's Nineteen Eighty-Four. (The number 9 in Japanese is pronounced like the letter 'Q').The year is 1984. Aomame sits in a taxi on the expressway in Tokyo.Her work is not the kind which can be discussed in public but she is in a hurry to carry out an assignment and, with the traffic at a stand-still, the driver proposes a solution. She agrees, but as a result of her actions starts to feel increasingly detached from the real world. She has been on a top-secret mission, and her next job will lead her to encounter the apparently superhuman founder of a religious cult.Meanwhile, Tengo is leading a nondescript life but wishes to become a writer. He inadvertently becomes involved in a strange affair surrounding a literary prize to which a mysterious seventeen-year-old girl has submitted her remarkable first novel. It seems to be based on her own experiences and moves readers in unusual ways. Can her story really be true?Both Aomame and Tengo notice that the world has grown strange; both realise that they are indispensable to each other. While their stories influence one another, at times by accident and at times intentionally, the two come closer and closer to intertwining. ...Show more The Eye of the Storm by Patrick White; Deidre Rubenstein (Read by)

Elizabeth Hunter, an ex-socialite in her '80s, has a mystical experience during a summer storm in Sydney which transforms all her relationships: her existence becomes charged with a meaning which communicates itself to those around her.From this simple scenario Patrick White unfurls a monumental explora tion of the tides of love and hate, comedy and tragedy, impotence and longing that fester within family relationships.In the Sydney suburb of Centennial Park, three nurses, a housekeeper and a solicitor attend to Elizabeth, as her son and daughter convene at her deathbed. But, in death as in life, Elizabeth remains a destructive force on those who surround her.The Eye of The Storm is a savage exploration of family relationships - and the sharp undercurrents of love and hate, comedy and tragedy, which define them. ...Show more